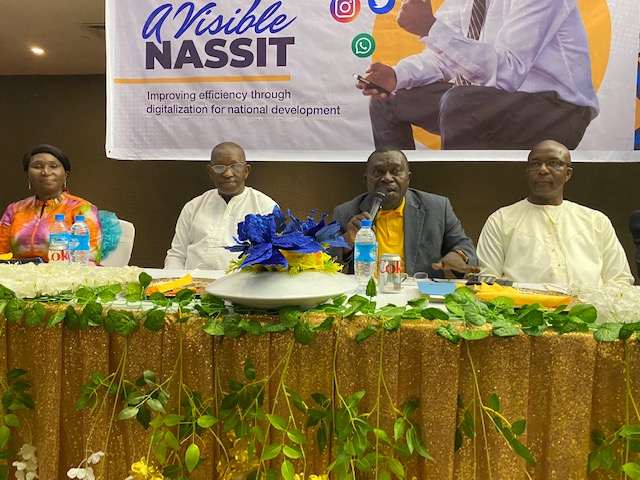 The Director-General (DG) of the National Social Security and Insurance Trust (NASSIT) Mohamed FuaadDaboh has assured pensioners and NASSIT contributors that his institution will continue to provide good quality service for its membership.

According to the DG, since its establishment in 2022, the scheme has contributed immensely to improve on the dignity of retirees and especially those who contribute to the scheme. He said the theme for the celebration this year is: “improving efficiency through digitalization for national development”. He made this statement during the launching of the 20th anniversary of NASSIT Management celebration on 1 April at the Radisson Blu Mammy Yoko Hotel in Freetown.

Speaking during the celebration, the Director General said efficiency through digitalization for national development is a NASSIT theme as management celebrates two decades of excellence.

He stated that even though the Trust has made huge progress for pensioners in the last couple of years, compliance with the scheme remains a problem that needs to be addressed through public education programs to increase the visibility of the scheme.

The Director-General admitted that there is more to be done in addition to the NASSIT settlement court and the expansion goal which aims at taking social services closer to the people. He revealed that the Trust Scheme through its mandate has now reached the five corners of the regions of Sierra Leone.

“We have prepared ourselves for the next stage of our transformation. There is still more to be accomplished to reach the customers’ expectations,” he noted.

Mr. Daboh commended the late President Ahmed TejanKabbah for his initiative by establishing the Trust Scheme, adding that those who initially did not support the idea of the then President are now benefiting greatly from the institution. The NASSIT DG also recognized the contributions made by various people who played different roles in establishing the National Social Security and Insurance Trust.

One of the pioneers of the establishment of NASSIT who is now the current Minister of Labor and Social Security, Alpha Osman Timbo said the social protection trust established by late President Ahmed TejanKabbah officially started operations on 1 January 2022 to boost the economic situation for all Sierra Leoneans in the working class. He continued that every member of society has the right to social security.

“When the late President, Dr. Ahmed TejanKabbah announced on the state opening of the First Session of the Second Republic of Sierra Leone in the Well of Parliament that his Government has introduced the social security scheme and social safety net for Sierra Leoneans, our first start as a Ministry and as a political head of the Ministry was to put together a comprehensive strategy as to ensure the establishment and the operationalization of the scheme,” he explained.