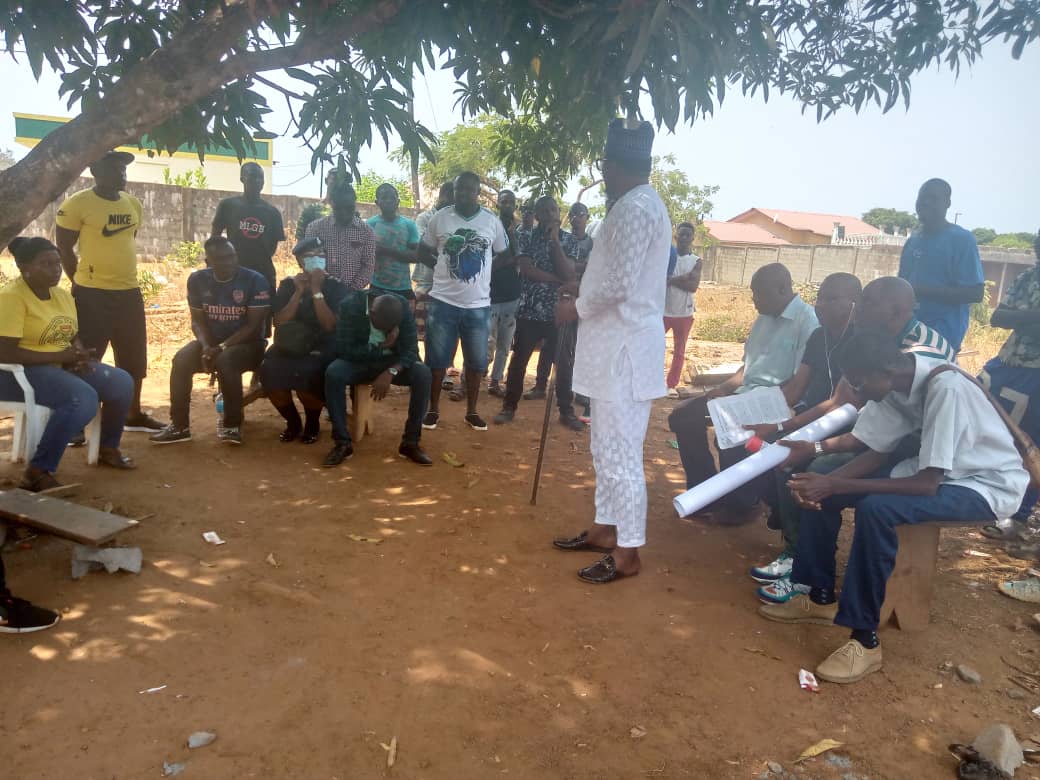 The Parliamentary Committee on Lands and Country Planning yesterday gave a ruling on the long land dispute at Banga Farm, Peninsular between the Bell and Renner & the Sawyerr families.
Despite several efforts in some quarters, the issue has been in and out of the court and at some point, the court ruled against the Sawyer family but said they were the legal owners of the said land and would not leave it for anyone.
This land saga was earlier on raised in the chamber of Parliament by some MPs, urging the Speaker to set up a committee to investigate the issue and report back to Parliament.
According to the Committee Chairman, Hon. Quinton Salia-Konneh when the matter brings to the attention of his committee, they have to be reasonable enough to investigate and then bring out their findings.
He further said they were here to get the results from the surveyors that had the technical knowledge.
According to him, the last time he was there, he is told the two parties should give their own surveyors to work with the government surveyor and bring a report.
The MP noted that he deliberately removed himself from the report to ensure transparency upon their findings, he would give a verdict.
He stated that he hope that what the government Surveyors would bring was going to be accepted by both parties.
He said the case had already been in the Court and the court had already given a verdict for both families to take portions of their lands.
Hon. Konneh furthered that the disputes between the two families were that, there has been an interlock on two plots of land and that one of the families was accusing the other of overlapping their land.
However, the government Surveyor from the Ministry of Lands by the name of Mamadou Mutala Jalloh explained that a few months ago, the Chairman of Lands approach the Director of Surveys on the said matter and that his boss had to handover the case to him to handle.
He noted that he team up with his colleague Surveyors representing the two families to carry out an overall survey, and a GPS point to know where the lapses might be.
He said all the three surveyors took a GPS point and compare notes and came to a balance scale.
He said according to the colonial plan, a stream was shown, running adjacent to the Renner families which the Sawyer family agreed.
According to him, they discovered that 357acres of land were detected according to investigation and what the Sawyerr showed was 62 acres showing a great disparity.
He said the Bell and Renner families have 31 acres of land starting from the old road to the new road cutting across it and the border with one retired Sam king and E. Pratt together with one Mr. Hope who has been relocated to somewhere else in the country.
One of the daughters of the Sawyer’s,
Jane Sawyer agreed that
Alex Sawyer and
Adrian Renner of the Bell and Renner family appreciated the process and accepted the ruling given by the Surveyors.
The Chairman however ruled that nobody has the right to cross to each other’s land except they want to access the passage in order to avert any destruction of properties or otherwise and that anyone who has dissatisfaction regarding the demarcation should put it in writing within days.
He maintained that the Surveyors have the right to go back and do a crosscheck on the demarcation given earlier if necessary