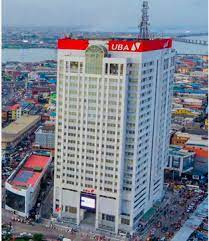 UBA Sierra Leone as a member of UBA Group with over 70 years of banking operation experience has a comprehensive Enterprise-wide Risk Management process that aligns with its strategic intent and mission of building an enduring institution. A critical component of this strategic intent is the need to prevent and promptly detect any incidence of fraud and other irregularities in the bank and ensure full compliance with the laws and regulations guiding the practice of banking.

Consequent upon the above, UBA Group operates a Zero Tolerance Principle for Regulatory Infraction and Fraud across all its presence countries. Thus, when there is a regrettable incidence of fraud in the bank, the bank is ready to go the extra mile to ensure that the case is not swept under the carpet but rather effectively prosecuted to ensure that the suspect is made to face the full force of the law for his or her unprofessional conduct to preserve the integrity of the banking system and in compliance with banking regulations.

It is in the light of this Zero Tolerance principle for fraud that the bank recently reported its former Acting Head of Domestic Operations, Patrick Moore suspected to have been involved in some fraudulent practices to the police for investigation and the subsequent prosecution of the staff for the alleged theft by the police.  The discovery of this case emanated from one of the bank’s risk management and control techniques that involves monitoring of the life style of its workforce by their supervisors and audit personnel to ensure that they are not living above their means.

As a customer-centric institution, UBA Sierra Leone detests and does not in any way tolerate fraud. Its policy is very clear against fraudulent practices both internally and externally as means of preserving the trust and confidence that the members of the public will have on the bank.  This is what informed the recent prosecution of the bank’s former Acting Head of Domestic Operations, Patrick Moore who was allegedly caught in the act of  fraudulently transferring monies belonging to the bank into  savings accounts which he had opened for himself in various names with a total sum of SLL594 million suspected to have been stolen.

It behooved UBA Sierra Leone to report this alleged theft to the relevant authorities instead of sweeping it under the carpet because of the bank’s uncompromising tolerance for any sort of fraud whether within its internal systems or one meted against its valued customers.

The matter was subsequently charged to court on the 19th April 2022. The accused, Mr. Patrick Moore was arraigned before Magistrate Court No.1 presided over by Magistrate, Shar Kekura on six count charges ranging from Larceny by servant contrary to section 17 (1) (a) of the Larceny Act and other related charges.

UBA remains a well-capitalized bank with strong risk management processes, excellent customer service and brand equity that continue to drive the impressive growth of the bank across all indices.