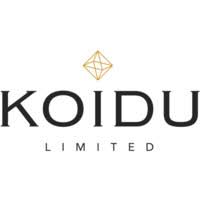 By Mento and Emmanuel

After thorough findings on activities of various mining activities in Sierra Leone, this medium had discovered that the Koidu Limited in Kono District, Eastern part of the country was the first to practice the safest underground mining system in West Africa.

This was brought to the attention of Central Base Journalists Sierra Leone (CBJSL) when the Corporate Affairs Manager for Koidu Limited, Ibrahim Turay was responding to an exclusive interview at their 84 Wilkinson Road office in Freetown on Saturday, 9th April, 2022.

As a stakeholder in Kono, Mr. Turay informed journalists that the management of Koidu Limited would soon undertake a big rehabilitation exercise on the Kono Blind School to be habitable for our vulnerable visually impaired children, recalling that recently, they had dished out Seventy Million Leones (Le 70M) for the cleaning of Gbesseh Market for traders.

Turay explained that they have also recently paid over One Billion Leones (Le 1B) surface rent, adding that Koidu Limited was the most compliance mining entity in terms of honouring the payment of Government taxations.

He spoke about the  Company’s priority to continue maintaining it good and satisfactory safety records, adding that the presence of the National Mineral Agency (NMA) Mines Officer always felt in their mining site for the purpose of transparency and accountability.

Turay emphasized that underground mining was the safest because it allow miners to work in a well-protected and safe environment with abundant ventilation, unlike the Open Cast system of mining which was exposing workers to the hot burning sun,  rainfall and other abnormalities.

“Our safety records are the best in the country”, Turay stated and continued that as a result of the outstanding records been practised by the management of Koidu Limited, Ghana School of Mines hadn’t only affiliated with the Imatt College in Sierra Leone to begin offer mining courses, but they had also selected Koidu Limited to play the role of training students on the practical aspect.

“I will soon represent the whole mining industry in Sierra Leone to South Africa because they believed that Koidu Limited was a model which is always existing to set a brighter example for others to follow”, said Turay and he mentioned that the Company had life insurance to respond to any problem like accident or death which might affect any

the staff of the company.

According to records displayed to the Central Base Journalists Sierra Leone (CBJSL) by Mr. Turay, no lost time or injury had taken place in the mining sites since January-April this year as a result of the huge amount of capital the company was spending on buying expensive materials to make sure the underground mining activities remain the safest at all times.

“We never practice an unsafe or indiscriminate mining activity, but we are known for our organized mining system since our inception”, he told this medium and clarified that illicit mining activities were dangerous because the company would not only run at loss but the central government would also looses huge revenue.

As a responsible institution which is very much passionate about the education of young people, Mr. Turay talked about the management plan of action to organize a big Inter School Quiz and Debate competition for the Kono pupils, advancing that the 1st, 2nd and 3rd winners of the competition would be benefitting from Koidu Limited scholarship scheme annually with the aim to encourage more young people to stay in school until they reach the tertiary level of education.