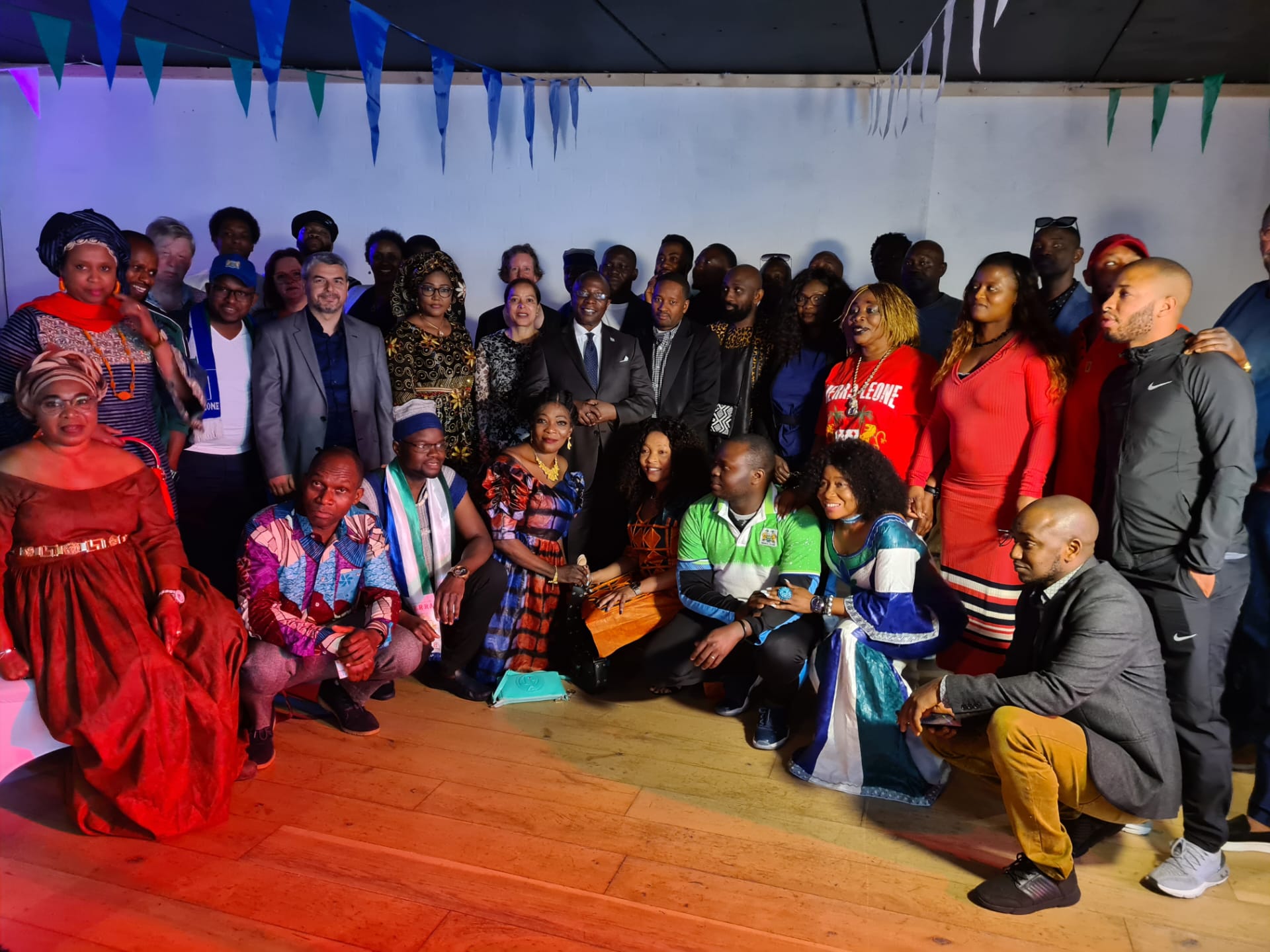 The Deputy Ambassador to the Kingdom of Belgium and Mission to the European Union, also accredited to the Kingdom of The Netherlands, Harold Bundu Saffa, joined his compatriot Diasporas in Eindhoven over the weekend to celebrate Sierra Leone and used the moment to call on Diaspora Sierra Leoneans in the European Union to be bridge-heads in attracting foreign direct investments to their country.

He was a guest speaker at a networking event organized by Sierra Leoneans and their Dutch counterparts interested in the development of Sierra Leone.

Mr. Saffa called on the Diasporas not to seek comfort as bystanders, but to be active participants in the development aspirations of their country. He said the Embassy is playing the mediating role between Diasporas and their government to facilitate any such process.

Ambassador Saffa went on to state that the importance of Diasporas should not only be seen in the context of remittances, or even in engaging in petty business ventures but should also be seen contributing immensely to the growth of the nation through national capacity building. The Deputy Ambassador assured his compatriots of a very strong political will at the very top of Government that prioritizes the importance of the Diaspora contributions to national development.

He cited the Office of Diaspora Directorate at the Ministry of Foreign Affairs and International Cooperation as a clear indication of how strategic the Government of His Excellency President Dr. Julius Maada Bio sees Diaspora citizens.

To this end, the Ambassador went on, the Embassy has a twin-track approach, which involves the adult segments of the Diaspora communities, but also, paying attention to and harnessing the potential of the Second and Third Generation of the Diaspora communities. In both groupings, Ambassador Saffa explained, that the Embassy is embarking on skills mapping as a way of attracting talents into Sierra Leone to augment the national capacity building efforts.

The networking event took the format of an interactive session, where both participants from business organisations as well as those in NGOs discussed the potential in either investment opportunities or creating NGOs to further the development trajectories of Sierra Leone.

There were also discussions around the difficulties that the Diaspora communities encounter whilst trying to establish businesses in Sierra Leone.

The Deputy Ambassador was able to reply to some of these concerns raised by participants but also promised to contact the competent agencies of Government for further clarification and action.

At the end of the network event, there was a Plan of Action; to set up a Task Force that will be responsible for putting into action some of the key points.

The Deputy Ambassador is part of the Task Force with the broad remit to organize a possible investment conference for Sierra Leone.