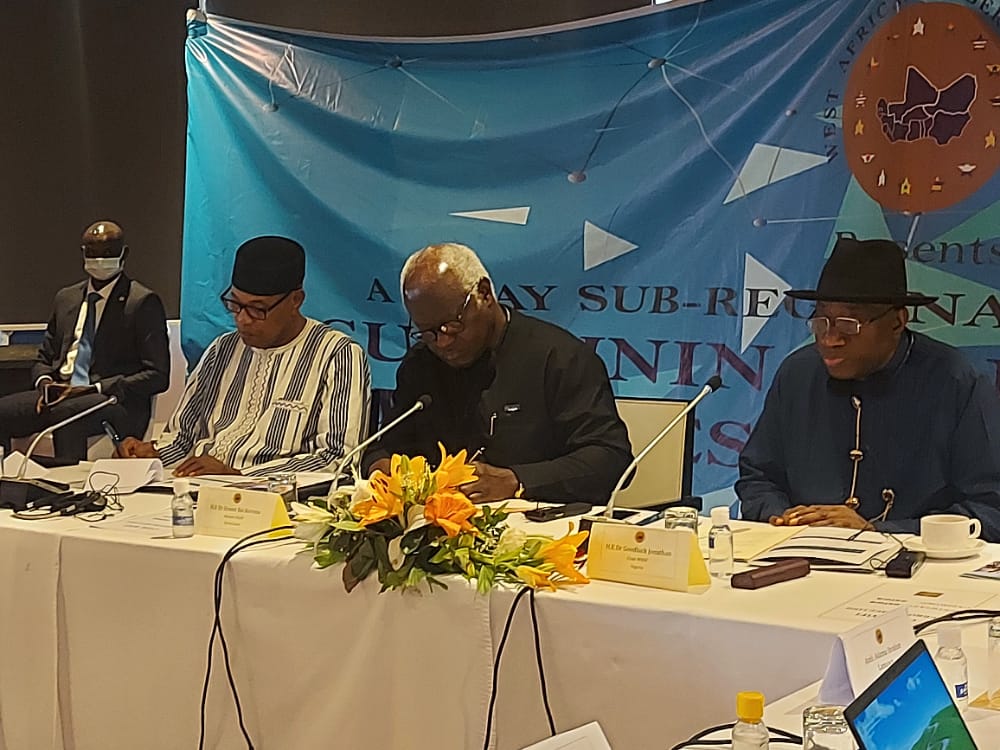 The dialogue Forum which is taking place at the Terrou-Bi hotel, attracts state and non State actors and sub-regional groups.

The Chair of WAEF, His Excellency Dr. Goodluck Jonathan, former President of Nigeria during his declaration of the conference opened, expressed worrying trends in the sub regions that involve coups and counter-coups, constitutional changes, economic situations, peace and stability.

The two-day forum from 12th May – 13th May 2022 will provide the opportunity for former heads of state and other partners in the sub-region to review recent socio-political developments, identify challenges and offer some recommendations.

The former leaders will also be focusing on many issues affecting the growth of democracy in the sub-region including constitutional term limits, credible elections as well as the return of military coups and unconstitutional change of government.

They will also examine processes of galvanizing and harnessing sub-regional and regional responses to the socio-political challenges affecting West Africa’s democratic progress and advancement.

H.E. Ernest Bai Koroma, H.E. Goodluck Jonathan will give closing remarks on these topics after the discussions.

Since its inauguration last year, WAEF, an initiative of the Goodluck Jonathan Foundation, has continued to champion causes that promote, peace, democracy and good governance in the sub-region. Two months ago, the Forum made up of mainly former Presidents and prime ministers from the sub-region convened a strategy meeting where they shared their thoughts on the democratic trends in West Africa