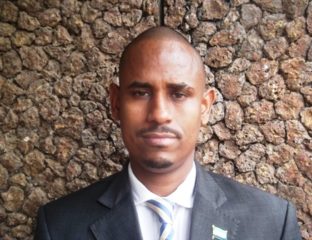 In a letter written by the Leader of the Opposition in Parliament, Hon. Chernor R. M. Bah, to the Chief Electoral Commissioner and Chairman Electoral Commission of Sierra Leone, Mohamed Kenewui Konneh, with the caption, “Use of 2021 Mid–Term Housing and Population Census Data and Introduction Of Proportional Representation System for The June 2023 Elections Will Not Be In The National Interest”, it was categorically stated that he is writing in his current capacity and on behalf of the membership and constituents of the main opposition All Peoples Congress.

The Opposition Leader continued that the rationale is to share with the Chief Electoral Commissioner and the entire Electoral Commission of Sierra Leone, their concerns relating to the use of data from the disputed 2021 Mid–Term Housing and Population Census and also the planned introduction of the Proportional Representation (PR) system during the June 2023 multi-tier elections.

Hon. Chernor R. M. Bah said since his appointment as Chief Electoral Commissioner he has conducted a good number of elections at chiefdom; ward and constituency levels and have seen firsthand the level of mistrust and anger that characterizes national politics and how all of that impact negatively on national peace, cohesion and security.

He furthered how it is undeniable that the undertone for the prevailing political tension in the country is as a result of the glaring mistrust the populace has over Government institutions.

The Parliamentarian maintained that the past four years have recorded many incidents that transformed the civic business of elections and governance into political ‘gaslighting’ thereby creating a fragile and vulnerable environment for the outbreak of violence as was witnessed in Constituency 110 in the Western Area, in Ward 155 Constituency 046 in Koinadugu district and recently in Constituency 056 in the Tonkolili district.

He underscored that from the removal of ten (10) duly elected Opposition Members of Parliament who were replaced with defeated ruling party candidates; to the selection of electoral commissioners without consulting with opposition parties as stipulated by law; to the unprecedented Mid-Term Housing and Population Census which was fraught with several problems, including the withdrawal of funding by major funders; strike actions by enumerators; breakdown of iPads used for capturing data and the widespread boycott of the census, the political environment has been subjected to so much fragility that its electoral and other governance structures are tottering.

The main Opposition Leader furthered how it is against that background that he is drawing the attention of the Chief Electoral Commissioner to the fact that his conduct is crucial to the success of the country’s democracy, stability and pulling the country away from the unfortunate situation it finds itself.

Hon. Chernor R. M. Bah registered the point that a huge responsibility is upon his shoulders of him as the Chief Electoral Commissioner and
Chairman Electoral Commission of Sierra Leone as the due processes and fair outcome of June 2023 Presidential and General Elections depend on his neutrality relating to any decisions and actions he and the Electoral Commission take now and going forward.

The influential politician and Parliamentarian referenced Tuesday 31st May 2022, when the Government announced, what he termed as incredulous Census figures as the country’s total population and population distribution.

He highlighted that those very flawed figures, in his words, and the haste with which they were put together and announced, in total disregard for national and international technically sound advice given as to timelines and other pertinent criteria, further validated concerns that the central objective of the census exercise is for political rather than national development imperatives.

In addition, he continued pointing out that they are also aware of the planned introduction of a proportional system that would very likely take the incredulous figures as the basis for the allocation of electoral districts and other distributional processes.

In a tone of admonition, he again drew the attention of the Chief Electoral Commissioner to the fact that those two activities are illegal and not in the national interest of the citizens of the country.

He argued that on the legality of the Census, firstly, the instrument was not properly laid in Parliament and even after opposition MPs objected to its impropriety, the Government merely reintroduced the instrument without following the established procedures for it to become legally binding, resulting in the World Bank’s withdrawal of technical and financial support to that process.

Hon Bah said secondly, owing to its overtly political objectives, the process was widely rejected by the main opposition APC, several other political parties and a substantial number of members of the public.

“As you can see from the strange figures announced on Tuesday, we have been told that our nation’s capital city and its environs are far less populated than the number of voters in this same capital in 2018; that it is smaller than its 2004 census conducted by the SLPP Government of Ahmad Tejan Kabbah, and that it is smaller than it was in 2015,” he stated adding that such brazenness, arrogance and fakery fly in the face of other projections, surveys and visible evidence of the population of Freetown and its environs.

The Honourable Member of Parliament further argued that it is indeed a feat of magical proportion that the only regions that grew their population were the South and Eastern Provinces.

“You would agree with me, Mr. Chief Electoral Commissioner; that such brazen manipulation of critical statistics could constitute a considerable risk to national development, peace and security,” he raised alarm.

He said with regards to the planned introduction of the PR system, as a lawyer of about two decades of practice and a lawmaker for fifteen years, he would explain why like the Mid–Term Census, that too is illegal.

According to him, changes to any part of the the1991 Constitution require no less than a 2/3 majority because the entire constitution is regarded as an entrenched document.

He said Section 108 only highlights the sections which require a referendum or plebiscite before they could be amended adding that as a matter of precedent, the Constitution has only been amended twice and both amendments have always been done unanimously (all voting in favour), no dissenting voice.

Going forward, he revealed that the first time it was amended was in 2001 for the introduction of the PR system since some parts of the country were still inaccessible. He said the most recent was in 2013, regarding the election of the Speaker of Parliament.

Hon Chernor Bah pointed out that the PR system itself has been tried twice in Sierra Leone in 1996 and 2002 and on both occasions, it failed because it is incongruous with Sierra Leone’s political exposure.

He argued that with the PR system, MPs are removed from the electorates because under the District Block System, they are chosen by the political parties saying apart from the fact that it takes away the relationship between the people and their representatives, and by extension political accountability of the representative to the constituents; it also further conflicts with the Public Elections Act 2012 in terms of how to deal with petitions relating to quasi-criminal offences.

In that regard, he cautioned the Chief Electoral Commissioner to please be guided that Acts of Parliament may be used to give effect to the Constitution but not amend it.

He said essentially, the PR system will be a disaster for democracy in the nation saying it is therefore suspicious why the Government would insist on introducing a system that has failed twice especially when Section 38 of the Sierra Leone 1991 Constitution is very clear on the circumstances under which the PR system could be used.

Hon Chernor Bah stated that additionally such a dramatic change to the electoral system just as major elections are around the corner portends ineffective public participation in the election of especially their parliamentary representatives and undermines the efficacy of democracy in the country.

“I, therefore, beseech you to use your good offices and good conscience to refrain from being a part of any attempt to undermine democracy through the use of discredited data from a disputed census; as well as the imposition of an electoral system that has already been twice proven to be inappropriate for our country,” Leader of the Main Opposition admonished.

He maintained that political tensions are so high at this very critical moment, that political dialogue and consensus building have become non-existent; the onus is on him as Chief Electoral Commissioner to employ tact, caution, fairness, and neutrality.

Hon. Chernor R. M. Bah concluded by cautioning the Chief Electoral Commissioner to allow his decisions and actions in the discharge of this great responsibility to burnish his integrity, highlight his patriotism and position him prominently on the positive side of history.