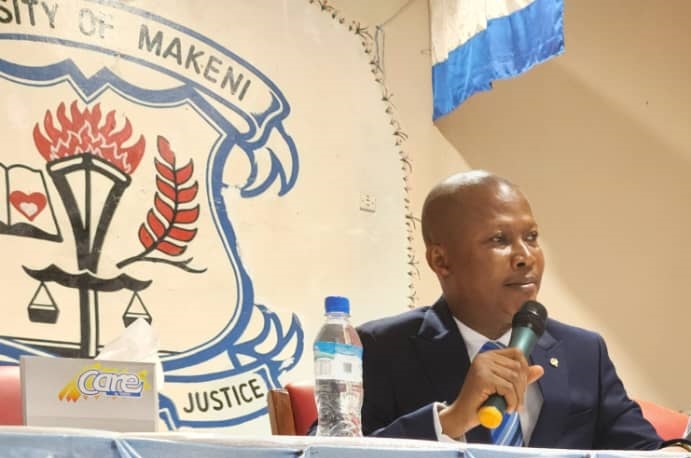 The Executive Chairman of the Petroleum Regulatory Agency, (PRA) Brima Baluwa Koroma, has interacted with members of the Fourth Estate in this year’s Sierra Leone Association of Journalists (SLAJ) Annual General Meeting at the University of Makeni (UNIMAK). The interactive session was described by members of the Fourth Estate as laudable and timely as the PRA Chairman was able to clarify certain information by explaining government interventions amidst the Global Energy crisis. In his address to the press, Chairman Baluwa Koroma informed journalists that since President Julius Maada Bio took over in 2018 to date, his government has subsidized pump prices of fuel to the tune of Le594.8 billion to keep them below the regional market price as a way of mitigating the global shock of both the Corona Virus and the Russia/Ukraine conflict on Sierra Leoneans. The Executive Chairman said that, since Russia as one of the largest producers of oil is under the EU sanction, there has been acute demand for oil against low supply which has made the oil market a very competitive one. This he said has been a key factor for the uncontrollable soar in prices of oil in the world.

“As a government, we are in constant search of a home-grown solution by moving outside our comfort zone to remove almost all levies on fuel.

Our priority now, is product availability, by mitigating the impact of the external shock by supporting oil importers with foreign currency through the central bank with US$ 47 million to enable them to facilitate their trade. Before this crisis, our importers used to operate through a letter of credit (LC) from their various commercial banks to their suppliers which allows them to receive products and pay within a stipulated period of the LC.  But now the oil importers only receive products after direct payment in USDollars which has also put the market under pressure. In 2022 from January to May alone,  Government has subsidized pump prices a whopping sum to the tune of Le279.2 billion. In 2021 Le248.9 billion and in 2020 – Le66.7 billion.

What is currently happening across the globe is a crisis and we have been doing everything possible as a government to seek the welfare of the people. It should be known that no government determines pump prices, and no government would want to create hardship for its people,” he said. Annual Consumption Projection Chairman Baluwa said that Sierra Leone now consumes 20,771,838 litres of petrol and 21,594,074 of diesel on a monthly basis.

With a projection of 600 million litres of fuel consumption in 2022. Chairman Baluwa Koroma said that the government is working hard to ensure it meets the growing demand for fuel in the country despite the global crisis. The frequent replenishment of fuel products in the country according to the PRA Boss is due to the large consumption by mining companies and other industries that are stockpiling for fear of running out of product and hike in prices.  This he said has made the government to ask large commercial users to import their fuel or buy in US Dollars from Oil Marketers.

Chairman Baluwa Koroma commended the media for their support they have been giving to sensitise citizens on global and national trends especially on fuel since Sierra Leone is a net-importing country that does not import crude oil but a refined one. The President of SLAJ Ahmed Sahid Nasralla, thanked the Petroleum boss for engaging the media on key government interventions while calling on other MDAs to emulate such a transparent way of communicating to the public not only during crisis but in normal times as well. Sheik Bawoh, the editor of Global Times Newspaper, hailed Chairman Baluwa Koroma for using such a platform to inform Sierra Leoneans what the government has been doing for its people. He admonished colleagues to disseminate the information shared by the PRA boss on their various platforms.