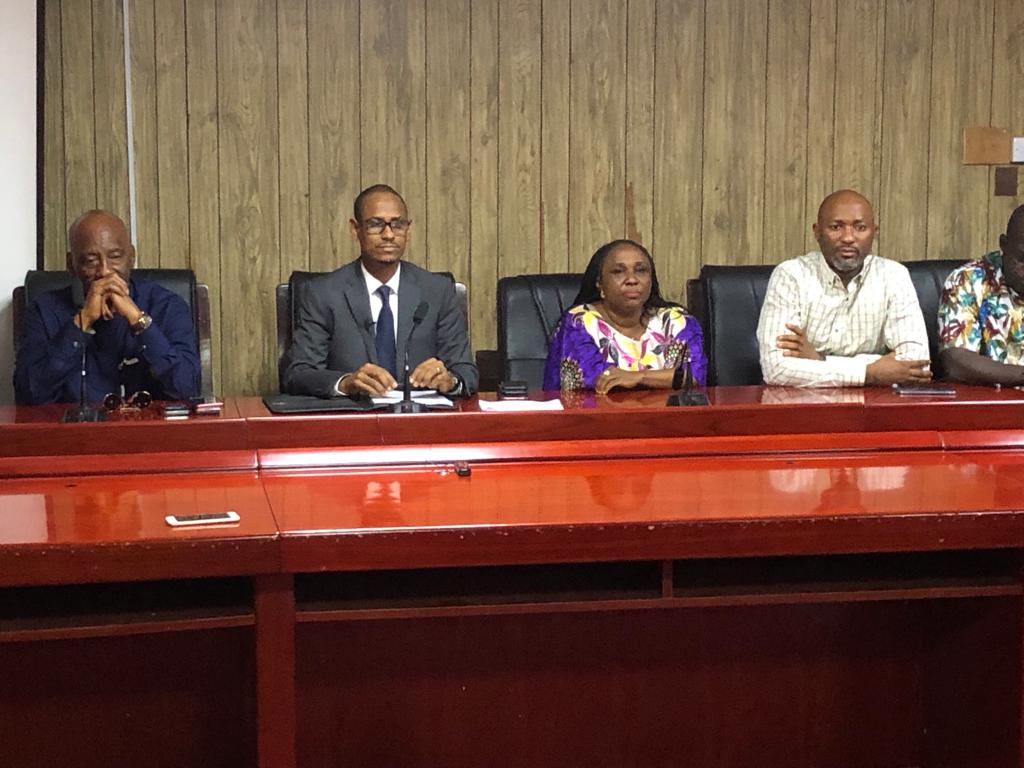 Members of Parliament representing the main opposition, the All People’s Congress (APC) party, yesterday summoned a news conference expressing grave concern over the way and manner in which the Sierra Leone Police have been arresting opposition supporters, citing the arrest of one Mohamed Kamara, popularly known as Med-Kay, who was arrested on the 9th August 2022.

Addressing the news conference, Opposition Leader,  Hon. Chernor Ramadan Maju Bah, who spoke on behalf of the APC MPs, called on the government to open an independent investigation into the skirmishes that took place on the 10th of August 2022 and those of the following days. He expressed that, as Members of Parliament, they are disturbed by the way and manner arrests have been made, as a result, they called on the government to provide the public with the number of people arrested, as well as access granted to their family members to see them, also the number of those during and after the incident; and access is given to family members to give their loved ones, dignified burial.

On the 10th of August, 2022, our country suffered yet another phase of shocking violence emanating from a clash between protesters and security forces. These disturbances resulted in the loss of the lives of several civilians and security personnel of the Sierra Leone Police. Unfortunately, the painful events of August 10, continued for several days further claiming the lives of citizens in harrowing circumstances as in the cases of Hassan Dumbuya (Evangelist Samson) and others. I continue to express my profound condolences to the families who lost loved ones. May their souls rest in perfect peace.

As the nation grieves, let me state that I strongly condemn the violence of any form and believe that there are much more progressive and constructive approaches to communicate our concerns including peaceful protests.

I would also reiterate that in any democratic dispensation, citizens have the right to use protest to demonstrate their concerns as long as those protests are peaceful, and are within the remit of the law.

Again, I note that citizens including Mohamed Kamara (Med Kay) of the All Peoples Congress were arrested even before the 10th of August demonstrations and are still in detention.

The events leading to and which unfolded on the 10th of  August, 2022, provided a clear indication that there has been an erosion in the gains made in strengthening reconciliation, social cohesion and peacebuilding in post-war Sierra Leone. These events further point to the fact that we have not succeeded in using constructive means of dialoguing to maintain peace, stability, social cohesion and security in our beloved country, Sierra Leone.

More than ever before, there is the need for us to reverse this trend by reflecting on where we have gone wrong and what we can do to ensure that the gains made over the years to consolidate peace are not lost.

Violence can only undermine stability and development. I, therefore, call on all Sierra Leoneans to remain calm and law-abiding, and I call on the government to immediately take steps to ameliorate the situation by ensuring the following:

1. That the number of people killed during and after the incident is made public, with their corpses handed over to their families for dignified burial rites.

2. That a record of all those incarcerated is provided to the public and their families granted access to them. The government should ensure that their rights are protected through speedy and fair access to a court of law. They should also be provided with legal representation where they cannot afford one.

3. In line with the above, I endorse the call for an Independent Committee to speedily and conclusively investigate the August 10 demonstrations and their aftermath. However, it must be ensured that the composition and conduct of the Committee are credible and non-partisan with the sole aim of providing truthful findings and proffer recommendations that will amongst other things help to provide redress for the families of victims.

4. Let me take this opportunity to call on the Inter-Religious Council (IRC), other Civil Society Organizations, our Council of Paramount Chiefs and community leaders to mobilise and take the right steps in engaging all relevant stakeholders, with the aim of helping to promote reconciliation, healing and social cohesion, in our beloved country.

5. I also call on the International Community, to continue providing the required political support and inspire the much-needed political will to overcome the challenges that our nation is currently contending with.

In conclusion, let us be reminded that what unites us is mightier than what tries to divide all.

May God grant us the peace and serenity that we deserve and seek to achieve in Sierra Leone.