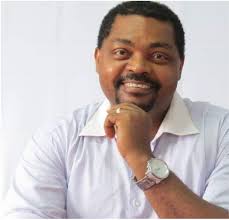 According to State House report, President Bio thanked the CSOs and media practitioners for constructive criticisms of his government and their assessments of governance issues, the majority of which are both negative and positive.

He said that despite the various efforts to keep the country and government in check, as part of the democratic process, his government has been constantly reminded to walk on the path of a positive trajectory.

He also reminded those attending the meeting of how, collectively as a nation, they have built a positive image of a country that is resilient, and championing its own course to development, despite the odds.

But he reminded his audience of what has become known as Bloody Wednesday. President Bio said: “In just a few hours, last week, all that (progress) was thrown out of the window by a group of Sierra Leoneans with no leadership, likely because the perpetrators are ashamed of taking responsibility for the act,” adding that despite the ongoing denial, with the assistance of technology, his government is able to identify those behind the insurrection of August 10 based on their footprint on the cyberspace.

The President said it was against that backdrop that his government is engaging with various stakeholders and moral guarantors of the nation’s peace, democracy, development, and national cohesion, to map out a way forward.

President of the Sierra Leone Bar Association, Ms. Eddinia Michaela Swallow, said the 1oth of August 2022 was a sad day and terrible after the end of the civil war 20 years ago. She said the successful democratic transfer of power is a positive indicator that demonstrated how civilised we were as a nation. She, however, noted that even though the riot was faceless, it was fuelled by individuals; and as lawyers, they look forward to the government bringing those people to book.

President of SLAJ, Ahmed Sahid Nasralla, condemned the violence and said that everyone in the country including the President, and Sierra Leoneans in the diaspora must take full responsibility for what took place on the 10th of August 2022.

“The root cause of all the problems in the country is too much politics, which has divided us as a nation. We need to pipe down because it will further divide all sectors. It distorts and disrupts the government’s focus on the New Direction it promised the nation.

“Your Excellency, as Father of the nation you should be the last person to get angry if you want to get angry at all. Your approach in response to this unfortunate incident in the country should be conciliatory in tone and in action. Tell your people that you understand the problems of this country and you are doing something about that. Tell them in the language they understand. And stressed that that doesn’t mean people should take the law into their hands,” president of the journalists’ association – Ahmed Sahid Nasralla said.

You can read Ahmed Sahid Nasralla’s thought-provoking speech below:

Mr. President, Mr. Vice President, Ministers of Government, Colleagues from CSOs and the Media, Sierra Leoneans watching us live, good afternoon. Let me start by re-echoing our condemnation of the unfortunate incidents starting from August 8th to the violent protests of August 10th, 2022. Our heartfelt condolences to the families and loved ones of those who lost their lives, including police officers, as a result of those incidents.

Your Excellency, we all should take responsibility for what has happened- the government, the opposition, the security sector, the media, CSOs, our traditional and religious leaders, Sierra Leoneans in the Diaspora- all of us are responsible.

If we have a correctional centre as big as Freetown, I would have recommended that we all spend some time there to go through some form of mindset rehabilitation before we are released back to our respective communities and society at large. But since we don’t have that, these engagements you have started with key stakeholder groups in the country can suffice. This is the way to go, Your Excellency.

Mr. President, we need to pipe down as a nation. We are playing too much politics. Politics is dividing us across the middle. Politics is diverting and distracting the Government from focusing on the NEW DIRECTION that you promised Sierra Leoneans. Too much politics is promoting hate and hypocrisy; it is undermining patriotism, nationalism, peace and national cohesion.

Too much politics is eroding our core values of labour, dignity in labour, excellence, dedication to duty, integrity and trust. Let us please de-escalate.

Your Excellency, as Father of the nation you should be the last person to get angry if you want to get angry at all. Your approach in response to this unfortunate incident in the country should be conciliatory in tone and in action. Tell your people that you understand the problems of this country and you are doing something about that. Tell them in the language they understand. And stressed that that doesn’t mean people should take the law into their hands.

Let us sit down and talk about these problems and let all of us play a role in addressing them. As you are doing now with various stakeholder groups in the country; this is the way to go. And at the same time punish lawbreakers using due process. In the midst of our problems let us sit down and talk. Lek we kin say pa krio- mek we sidon talk man to man.

Let us engage. It is not a sign of weakness. It is STRENGTH. You break down recalcitrant and ill-motivated people when you talk with them rather than talk to them or talk at them.

As the leader of a smaller but very troublesome community within the bigger Sierra Leone community that is the approach I am using, and it is yielding good results for the media in Sierra Leone. Under your leadership, we have achieved great things for the media in Sierra Leone. I cannot solve the problems of the media because they are many. They are like onion shells; you peel one layer another layer appears. I can only do my best. The same with you, Mr. President. You can only do your best and posterity will judge you.

Mr. President, SLAJ calls for independent and impartial inquiry into the incidents of August 10th to get to the bottom of the underlying issues and let the law take its just course.

Images of the August 18th violent protests were shown on international media screens across the world, and now they are also showing images and reporting news stories of extra-judicial killings and unlawful arrests and detention of civilians. This is not good for our country. This is not good for your leadership. Those are the things the international community will use to evaluate us and that is not the Sierra Leone we all know and love.

Now to the Opposition: I say to the opposition: please change your approach. As opposition, your responsibility is to provide an alternative to the government. You are a shadow government, a government in waiting.

If government say they are going to build a bridge from Freetown across to Lungi and it will cost us X amount and it will take Y years to complete, we expect our opposition to giving us an alternative. Yes, it is good to have a bridge to Lungi but it is a long-term project with huge capital.

As an opposition, and if we were in government, we will focus on the immediate needs by procuring 2 or 3 ferries; it will cost us less, and it will ease the transportation challenges to and fro Lungi in the interim. This is the kind of opposition we want. ‘Nor to Opposition wea just de go en hol meeting all over the place and fan ethnic rivalry and say den wan ya we de pull dem na power by all means.

I don’t remember the opposition condemning and calling on the public to disregard the invectives, inciting audios and videos coming from Adebayor and his likes, all of which basically make the elected Government unpopular and favour them as Opposition.

The Government is stretching its hand for dialogue, reach out and grab it. The role of the Opposition is not to undermine the Government of the day but to work with it in the interest of the general good.

Now to Sierra Leoneans in the Diaspora: To our compatriots in the Diaspora, you also need to pipe down. Before now you were a blessing to our country through your endless and much needed remittances to family members and loved ones to help cushion the difficult economic situation.

Nowadays, some of you have become something else. All you seem to be doing now is sharing vulgar and inciting audio and videos far and wide because you have unlimited data. You open unregulated online TVs, radios and Facebook live programs to talk about issues happening at home that you know very little about.

What are you actually doing out there? When you succeed in burning this country, then you will not have a motherland to come back to and you will spend the rest of your lives as slaves in other people’s countries.

Now to the media: Mr. President, I have responded as if the media is the only Saint left in the country. We are absolutely not. We are equally liable for what is befalling our nation. The media, we usually say, is a clear reflection of our society called Sierra Leone. So, we are part of the problem.

Let me share this with you; we have a newspaper called NIGHT WATCH, which is notorious for criticizing Government. During the sit-down strike, it carried the banner headline on its front page: ‘Adebayor is more Popular than President Bio’. The day after the President gave his stern nationwide address in response to the August 10th incident, the newspaper got the message correctly and carried the following headline: ‘Maada Bio is in Control’.

I am not sure I am the right person to evaluate the media. I leave it to you the people. Help us become better placed to safeguard our democracy and promote peace and national cohesion.

We have been meeting with the international community to see how we can work together to strengthen the media to play our part in the coming elections in a professional and responsible manner. We all need to invest in public interest media to prevent the media from being used as a tool to destabilise this nation.

Now to the Sierra Leone Police (SLP):  We are all mourning with the SLP. We have lost loved ones. But we should also be concerned about living. We encourage the SLP to show concern for civilian lives lost and for those that have been arrested and detained. Respect their rights to legal representation and justice.

Finally, Mr. President, I say to all of us that the responsibility to ensure security, stability, peace and national cohesion does not only lie with the State, or the Police or the Army but with all of us.