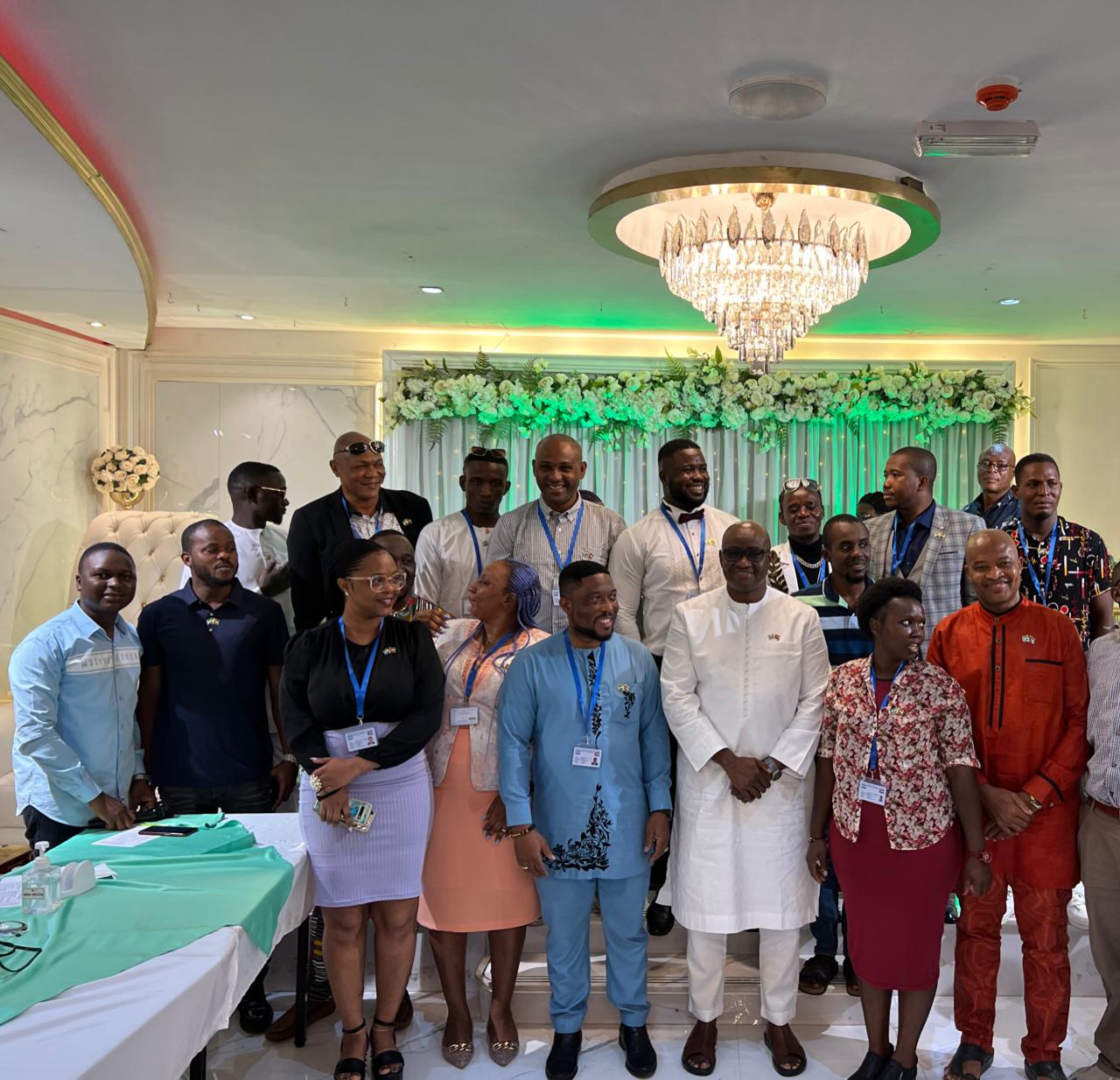 Ambassador Rashid Sesay said he was pleased that the set of people who had been chosen possessed the requisite experience and integrity to lead the Sierra Leone Community in the Emirates, adding that the executive was inclusive with people across the different Emirates and one with quality gender representation. He expressed optimism that the new executive would carry themselves in an exemplary manner and work towards uniting the Sierra Leone Community.

“We are looking forward to working with you. We assure you of our support and I implore everyone to support this team in order to move the Sierra Leone Community in the United Arab Emirates forward. Congratulations to the executive and we wish you all the best,” he said.

The Sierra Leone Envoy also used the opportunity to provide updates on recent developments in Sierra Leone and the strides and interventions being made by the government to cushion the effects of the current global crisis on its citizens. He encouraged all Sierra Leoneans, especially those in the diaspora to use social media responsibly to promote peace, protect the good image of the country and project its enormous investment opportunities. He reminded the gathering that Sierra Leone was the only place they could call home, and therefore, urged everyone to put the country’s interest and peace above personal ambitions.

Chairman of the Executive, Mohamed Gibrilla thanked the Ambassador and his team for the opportunity bestowed upon him and his colleagues to lead the Sierra Leone Community, noting that the move was a huge honour which they were ready to defend in the best possible ways. He assured them of their commitment to delivering on the mandate given to them and called on all to support his executive.