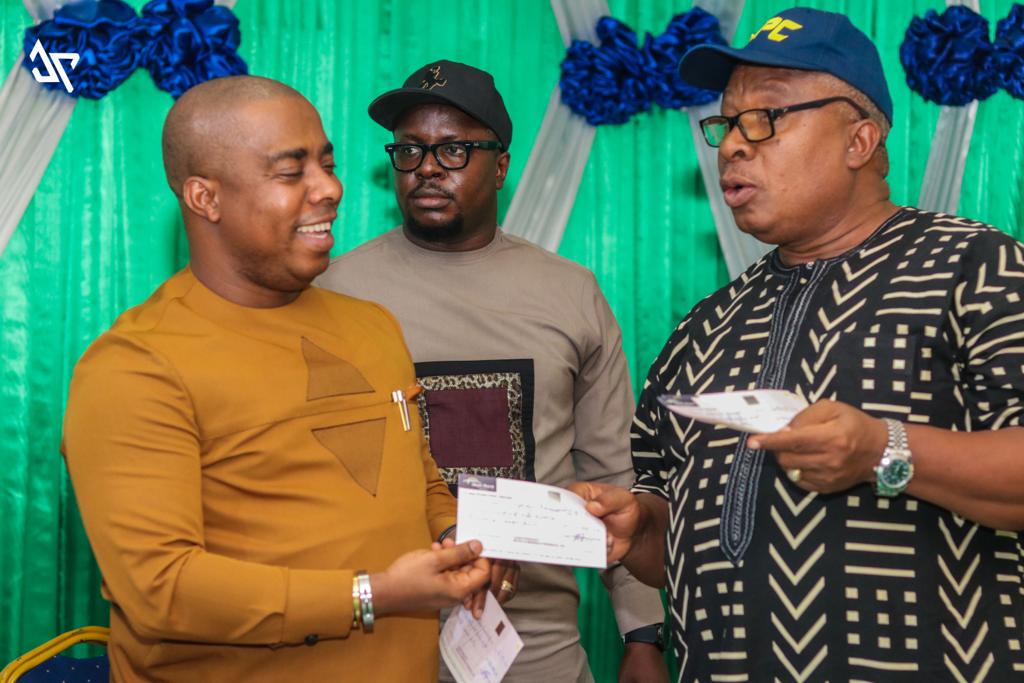 However, this is the first time Coltan mining is to commence in the district by the Pan African Rare Metals Mining Company. Coltan is a dull black metal used in the manufacturing of mobile phones, cameras, personal computers and other items. The maiden exploration of Coltan in Kono District is expected to begin in the three chiefdoms of Nimikoro, Nimiyama, and Sandor. The Pan African Rare Metals Mining company is expected to start producing millions of Coltan for export in one year.

Even before the start of mining operations, residents in the three chiefdoms are already boasting of numerous developments.

Meanwhile, to make known the relevance of the Operations of Pan Africa Rare Mining Company, and in line with the fulfilment of the Mines and Minerals Act of 2009, the company has paid one billion Leones as surface rent to the three communities in kono.

In his brief statement, the Honorable PC Aiah Bona of Nimikoro  Chiefdom said the company has brought massive infrastructural and financial development in their communities and they are deeply gratified for the swift response thus far.

On their part, the people of Nimiyama Chiefdom were extremely happy for having such a huge investment and a source of livelihood within their communities for their young people to be gainfully employed and engender sustainable National development in the country, and not just Kono District.

As a regulator in the sector, Kenei Lamin, Permanent Secretary in the Ministry of Mines and Minerals Resources, reaffirmed the government’s commitment to creating the enabling environment for the private sector investment boom.

He cautiously encouraged residents to work with the company closely for the benefit of both the district and the country as a whole.

In his statement, Pan African Mining’s Country Chairman Fassally Tawarally, said they would continue to pay the surface rent for mining rights in all three chiefdoms, as well as build the capacity of their workers, who will form part of the workforce from the three chiefdoms.

The people of kono perceived the coming of Pan African Metals Company as a means to bolster the country’s economy and foster growth in the mining sector, following the shutdown of other mining companies in recent times.

The company is poised to create massive employment opportunities for young people, particularly for those in the areas of operations.

Since the 1930s, when mining started in Kono district, there has been no tangible impact and development in the district, but it is the sincere hope of stakeholders in the district to see a turning point in the shortest possible time.