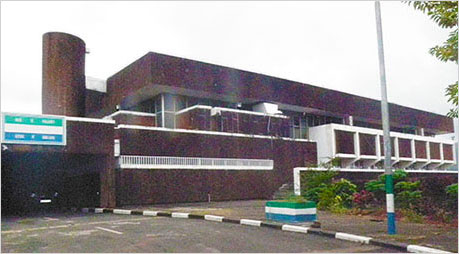 The Parliamentary Committee on Planning and Economic Development presently engaged the Ministry of Sports including the National Sports Authority (NSA) at the Ministry’s office, via Stadium Hostels.

The aim of the engagement is to look at the contribution of the sector as an important component to sustain peace, and national cohesion and generate revenue as stated in the Medium Term National Development Plan, according to the acting committee chairman, Hon. Peter Yamba Koroma.

He explained that the president was deliberate to invest in sports especially football to promote young people close soccer as their career.

Hon. Peter Koroma continued that the Committee has the power of a High Court and that anywhere it sits, sit as a Parliament and the chairman was automatically acted as the Speaker.

He disclosed that though they were part of the government but a special mandate to checkmate other organs of government.

He stated that it was the obligation of all of them to implement the national framework in ensuring that the president succeeds, adding that what the committee would be gathering could be put together in a form of a report forward to the Ministries of Planning and Economic Development and Finance before a table in Parliament.

The reason for these, the APC MP dilated, was to look at the challenges that are late disbursement of allocations, internal institutions struggles and other thongs been highlighted by some MDA’s before the review of the framework.

According to Hon. Abdul Karim H. Kamara, public officials must not be seen Parliament probing as a witch hunt rather than one that is adding value to their work, and therein seeking the interest of the state.

He stressed that the resources they were using were coming from the poor taxpayers and donor partners.

He entreated them with the circumstances under which Parliament was making laws, largely to address a unique situation, saying that that did not mean that they did not make bad laws but the good thing was that there was always room for review.

Hon. AKK also admonished the various units to collaborate in the spirit of sports.

The Ministry’s Permanent  Secretary, Morison B. Gboyor said they have 41  sporting disciplines but due to resource constraints, the government was looking after about four but largely collaborating with others and the Ministry of Finance and the Foreign Affairs to facilitate foreign trips.

The PS noted that the ministry was at the moment doing its best in the midst of its challenges. Mr. Gboyor stated that they were also working to execute its own cluster (6) in the national framework as also contained in their annual work plan and the president’s manifesto.

The PS also talked about plans put in place to curb athletes or other participants that running away. According to him, the challenges are many, including the office space.

Mobility with only two vehicles, funds to maintenance sporting facilities and the interpretation of the Act that is always bringing rift with NSA